Any port in a storm 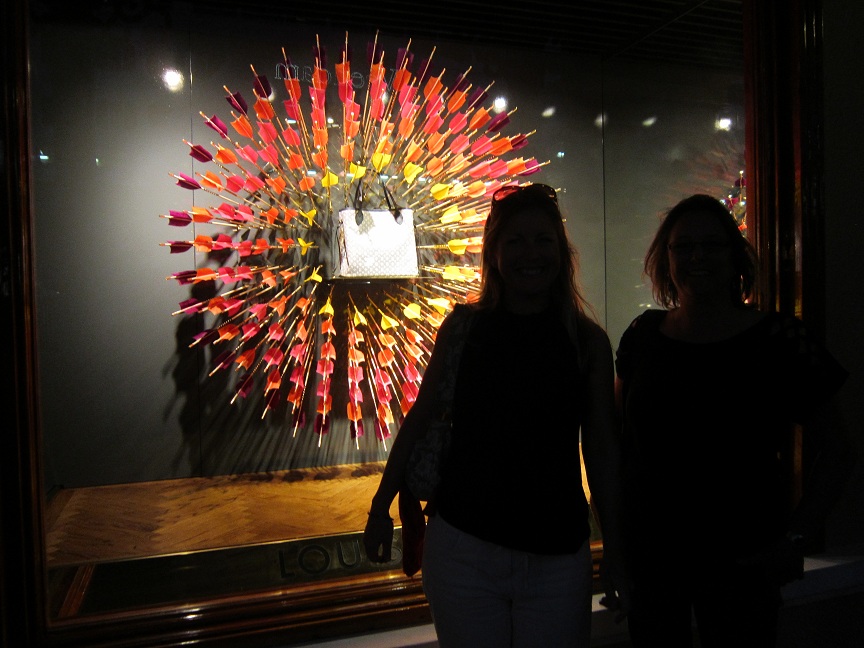 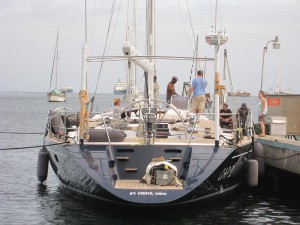 Splash Down for CapII after 9 months

So, we finally left Trinidad (again) after many days that blended into nights of hard slog and toil in an effort to turn CAP II into the sailing beauty that she almost is again…

We had a turbulent 3 day sail to St.Martin (this is the French side as opposed to the Dutch side, St.Maarten) and I (although everyone else fared much better) struggled to keep any food or drink down and basically spent the better half of 2 whole days lying on my back feeling like death and vowing never to get onto a boat again. Finally we reached St.Martin, a very welcome sight indeed. We tied the boat up in Fort Louis Marina in Marigot Bay and spent the next 3 days trying to fix what had broken down on the way from Trinidad, the major pain being the generator. Luckily, I know nothing about generators and so was spared that particular ordeal and instead spent my time with Dina driving around the island in a desperate search for the 220 volt appliances that we needed for the boat. This, although exhausting at times, gave me a good opportunity to get to see the island in some detail. 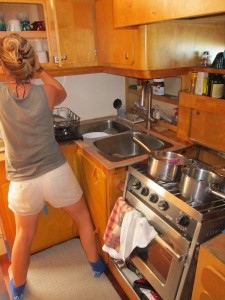 Jamie and I, in between all the hard work, took the tender (that’s dingy to you none sailing folk) and went to visit Magic Badger in Cupecoy Marina on the Dutch side of the lagoon. She looked bare without her sails and bimini and a bit lonely but other than that, exactly as we’d left her, give or take a few dollops of bird poo.

On our last evening we decided to treat ourselves to a slap up meal in Grand Case, a town on the French side reputed for it’s selection of ‘posh’ restaurants. Initially we’d planned to eat piza but the place was closed and so we continued to drive north until we reached Grand Case. We chose one of the many restaurants at random (well, not quite random, the tasy looking specials on the board tempted us in) and had a sumptious feast. I chose  Mignon Rossini, a fillet mignon on toasted brioch with fois gras, sweetbreads, ceps and black truffle sauce…yum. The cheapest bottle of wine we could find on the list was 50 Euros (!!!) which we chose reluctantly whilst still reeling with the shock of seeing one priced at 19,000 Euros (!!!!!!!!!!!!!!!!!!) eek! And yes, we asked the waiter if anyone had ever bought a bottle and he replied “oh yes” and told us that one man’s wine bill had been into the hundreds of thousands of Euros. 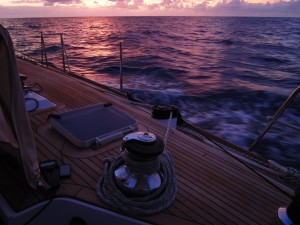 Out in the Atlantic

The other exciting thing to happen in St.Martin was that I had my 12 week ultrasound scan. It was so exciting watching this totally unfamiliar wiggly thing on a monitor and realising that it was inside MY body. We don’t know what sex it is and the sonographer refered to it as ‘he or she’ and I almost couldn’t bear not to know and wanted to ask him if he did (I’m sure he did) but I resisted the temptation. Anyway, ‘it’ has a predicted D.O.B of the 27th December. Mmmmm, not the date I would have chosen as ideal but I’m sure it’ll be fine. (Please don’t let it be Christmas Day!!!!) 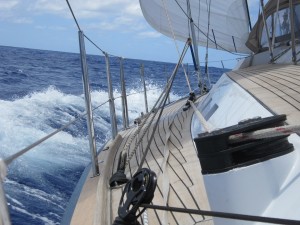 Anyway, we left St.Martin on the evening of, well, I’m not sure when it was exactly but it was evening. Thankfully the weather was MUCH calmer than the sail from Trinidad had been and I could resume my official post as ships cook. I even managed to bake a carrot cake of which I was rather proud. Three days into the sail I began to feel rather sick again when we hit some rougher seas and I had to eat some meals lying down to avoid bringing them straight back up again. I have come to the conclusion that it must be ‘baby’ who is making me feel so much more sick than I usually do. On our fifth day of sailing our captain Keith realised that some bad weather was sitting in the gulf stream which would make our sail at best uncomfortable and at worst dangerous and so we detoured to Bermuda which is where I’m writing this now. 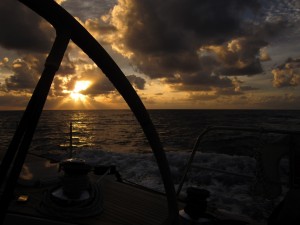 Our first full day here was yesterday which happened to be Jamie’s 40th birthday, what excellent timing. I’m not sure that I would have managed the (though I say it myself) most excellent chocolate cake if we’d been at sea, although I would have tried my best! We all got the bus through from St.Georges (where our marina is) to Hamilton, the capital city in the evening and had a lovely walk through the very beautiful and cosmopolitan city to an Indian restaurant. The whole island is a picture perfect scene of beautifully painted Georgian houses, all with white roofs, and clean streets and lovely clear and clean looking water. Unfortunately cruise ships stop here making the streets in St.Georges almost unbearable until 4pm because the crowds are so heavy. Today I planned to have a nice walk with Jamie if I could prise him away from his duties, however, we awoke to torrential rain which has continued throughout the day and it now feels more like we’re in Conniston than Bermuda… 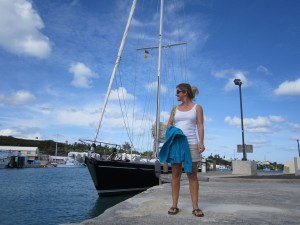 Anyway, we plan to resume our sail to the US of A tomorrow (Saturday the 16th) and should get there on Tuesday if all goes well. We are to expect some ‘rough’ weather when we hit the Gulf Stream which I have to say I’m dreading. I hope to prep as much food as possible (my frozen chilli and tomato sauce was a life saver when the weather got rough on our second leg) just in case I end up flat on my back wanting to die again. I shall let you all know as soon as possible how it all goes. Remember to track our progress on ‘Spot’ ( http://share.findmespot.com/shared/faces/viewspots.jsp?glId=0aECk7oHmLHEVik78GrhXl9i0QyOssbVl )! Love to you all, over and out.


The arduous journey to work 😉
Posted under Story,The Reality
Comments (4)

4 Responses to Any port in a storm