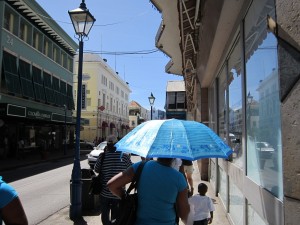 Before getting here, the islands looked so close together that we didn’t anticipate any difficulties getting between them. We both had a romantic notion that to sail cheaply between islands whilst searching for a yacht, we would be able to turn up to the nearest port, talk to a friendly cargo captain and he (or she) would give us a cheap, cramped but fun ride to wherever they were dropping their cargo off. Not so! The islands are grouped into separate countries and when leaving one to get to another you have to consider immigration and proof of return. 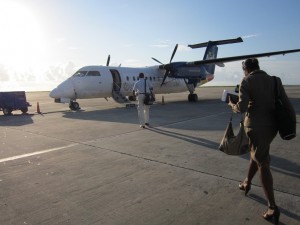 Flying was the only option out of Barbados. Our sweaty trudges to the port to beg for passage on freight tankers were fruitless. Our inquiries into crewing our way out were three months too early (apparently there is a lot of call for crew in December), and our search for a yacht was unsuccessful because a) Barbados is too far removed from the other islands to be popular with sailors and b) the boats that they did have were sleek, fat gin palaces designed for the WAG’s and plebs of this world to demonstrate their wealth. 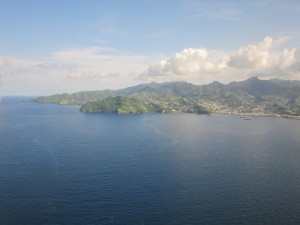 So we flew to St.Vincent and the Grenadines (SVG) yesterday morning. However, in order that they let us into the country without a return ticket (we didn’t want to buy a ticket that we may not need), Jamie spoke to a chartering chap in SVG who emailed us a charter agreement that stated we were embarking from SVG and disembarking in The Grenadines…this worked a treat.
For those who aren’t sailors (or who don’t want to pretend they are) then Liat airlines is pretty much your only option, and, because they have ‘an agreement’ with the government here, they remain so despite budget airline Red Jet trying to make a claim.
Comments (3)

3 Responses to Getting around…